How the Suez Canal Is the Backbone of the Shipping Industry

Throughout the ages, maritime transportation has remained the cheapest and most essential means of international trade, carrying tonnes of goods on a daily basis. In fact, it’s responsible for about 90% of global trade thanks to more than 50,000 merchant ships over different oceans, seas, and canals.

One Canal that springs to mind is the Suez Canal in Egypt. It’s said to be the backbone of the shipping industry, so let’s see how it came to be so primal. 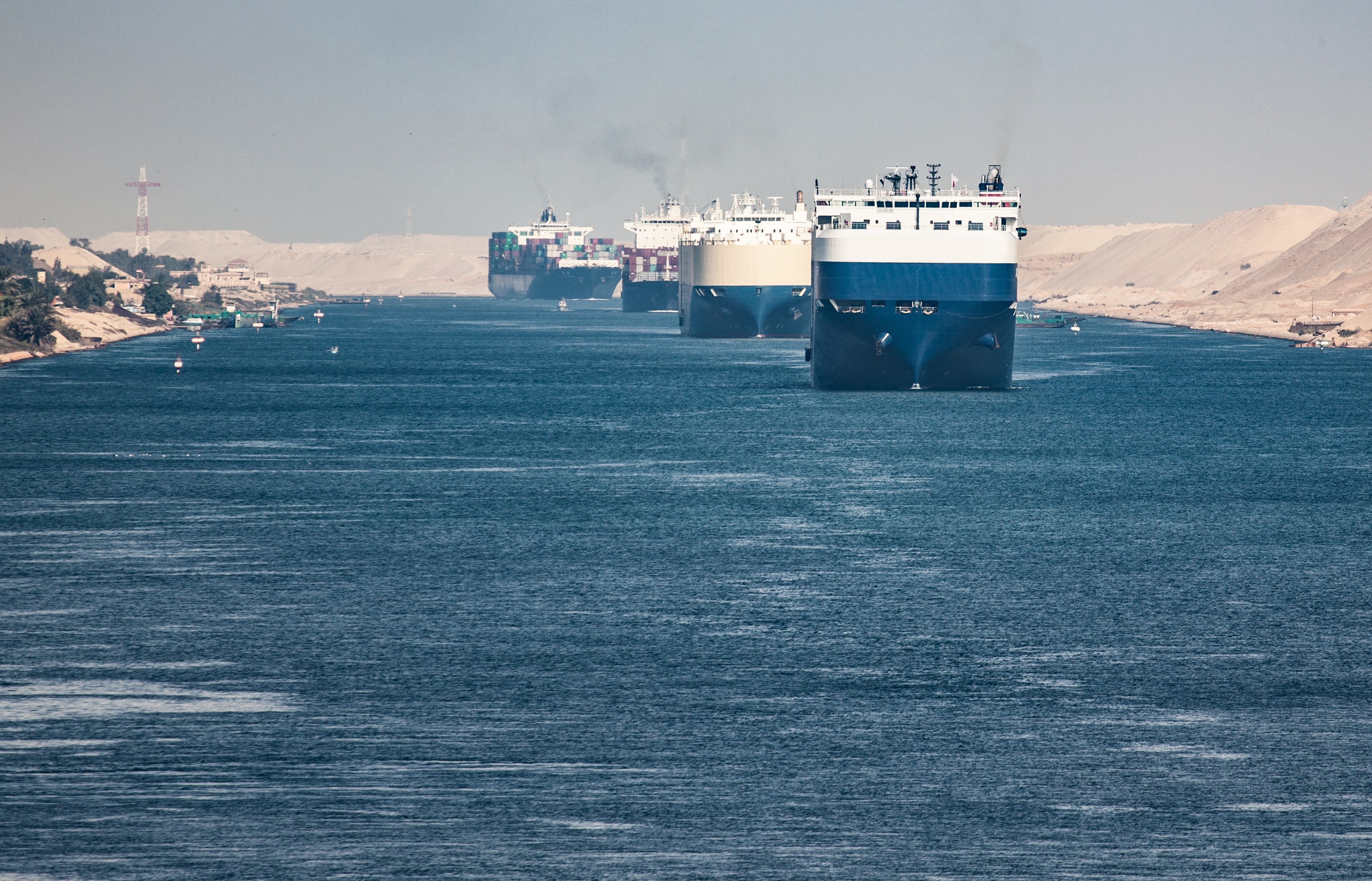 About the Suez Canal

It’s a 1,930.30km artificial international navigation canal in Egypt connecting the Mediterranean Sea at Port Said and the Red Sea at the Gulf of the Suez.

This makes the Suez Canal the shortest link between the east and the west and the longest Canal worldwide with no locks, consequently saving fuel consumption, operating costs, and time. To be specific, the average transit time between the Canal’s beginning to its end is 13 to 15 hours.

Moreover, the Suez Canal was opened in 1869 and soon became a waterway for thousands of ships a year. Most of them ship foods, but there’s also 17% petroleum and 6% Liquified Natural Gas (LNG). Not to mention, the goods are transferred day and night.

The idea of a canal linking the Mediterranean and the Red Sea has been present since Ancient Egypt. It was first built under Senusret III’s reign but neglected after. Nevertheless, several ancient Egyptian rulers after him opened the Canal for navigation.

In modern times, Napoleon Bonaparte was the first to revive that project during his campaign in Egypt. He saw it as a golden opportunity to give France the upper hand over England in terms of maritime trade. However, the project never saw the light of day due to some complications.

That was until the 1800s when the Universal Suez Canal Company finally got the project approved and proceeded with construction. By the time the Canal was opened, its surface was 200 to 300 feet wide, its bottom was 73 feet wide, and its depth was 25 feet.

The Suez Canal transformed international trade as we know it, even with the low waterway levels of the first years. Vessels no longer had to go through the South Atlantic and Southern Indian Oceans when the Suez Canal provided a shortcut, making this journey about 7,000km shorter.

To further understand what makes the Suez Canal the backbone of maritime trade, we’ll delve into how it improved to accommodate bigger ships and more goods.

Thanks to an extension project in 2010, most bulk carriers and container ships can pass through the Suez Canal. Moreover, a vast expansion in 2015 deepened the Canal’s parts. It also provided a second shipping lane of 35km over a section of the main waterway.

The previous expansions made space for two-way traffic and even larger vessels. To demonstrate, the world’s biggest container ship of 400m called OOCL Hong Kong could pass through the Suez Canal in 2017 with 21,400 containers. And currently, the Suez Canal can accommodate partially loaded ULCCs and VLCCs.

Furthermore, the Canal implements a system that makes it more reliable and safer than most waterways. This system is known as Vessel Traffic Management (VTMS) system. It’s based on the newest radar network, which monitors vessels anywhere in the Canal and detects emergencies for quick intervention.

By 2023, Suez Canal Authority projects that the traveling ships’ daily average will increase to 97 ships with advertising revenue of $13.226 billion.

To explain just how vital the Suez Canal is to the shipping industry, let’s talk numbers. About 10% of seaborne world trade is carried through the Canal every year. In 2014, that was 8%, which translated to a total of 822 million tonnes of goods passing through the Suez Canal. 416 million of them were southbound, whereas 406 million were northbound.

Just in case there were any doubts, the recent Suez Canal crisis took place, highlighting the role the Suez Canal has been playing in the Shipping industry.

When the Japanese-owned Ever Given got stuck in the Canal for about a week due to high winds and poor visibility, it blocked over 100 vessels, from container ships to oil, gasoline, and natural gas vessels and tanks. Consequently, it brought about considerable losses for numerous international businesses.

With the Suez Canal handling about 10% of world maritime trade, this accident disrupted supply and delivery rates in the chemical and energy sector and put the world economy in turmoil for weeks or possibly more.

In conclusion, it isn’t hard to understand why the Suez Canal can be considered the backbone of the shipping industry. From the time it opened in 1869, the Canal shortened shipping journeys by 7000km, saving time, fuel, and ship operating prices.

Afterward, major expansion projects were conducted to accommodate much bigger vessels, container ships, bulk carriers, and partially loaded ULCCs and VLCCs. Additionally, the Suez Canal handles about 10% of global maritime trade. And the amount of wheat, crude, petroleum, and overall goods transferred in it has increased significantly over the years.